View cart “দুই বাংলার মুক্তিযুদ্ধের কবিতা” has been added to your cart.

There are perhaps not many Bangalees who have not heard about Agartala ‘Conspiracy’ Case. During 1968-69, it was a commonly discussed issue not only in the then East Pakistan but also in the then western wing of Pakistan, in India and in some parts of the world. It is also known to all that our great war of liberation drew direct inspiration from this famous case. This book is a narration by a ‘shy country boy’ who later became a revolutionary and accused 26 in the historic Agartala Case, of political events following the partition of India in 1947, of the discriminatory treatment meted out to Bangalees who formed majority population (56%) of Pakistan by the minority (44%) ‘brothers’ of West Pakistan, of the founding of Awami League, of the heroic struggle of Bangalees for the recognition of ‘Bangla’ as one of the state languages of Pakistan as against the insistence on ‘Urdu and Only Urdu’ climaxing on 21st February 1952 on which date sons of Bengal laid down their lives on the streets of Dhaka for the honour of their mother tongue, of the United Front victory in the 1954 provincial elections, of Bangabandhu’s famous ‘Six Point Programme’, how dormant ‘Bangalee Nationalism’ came to be resuscitated through self-less protracted struggle spearheaded by Bangabandhu Sheikh Mujibur Rahman, of the trial itself and finally how Sheikh Mujib became Bangabandhu. The writer has also given a brief background of his own political development and how he became a follower of Bangabandhu Sheikh Mujibur Rahman.

You May Also Buy 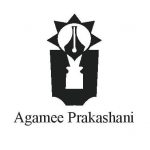